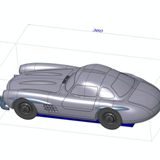 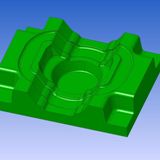 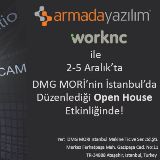 A distributor of CAM Software solution, WORKNC, are demonstrating the latest version at the EMO Highlights event which is taking place now at the DMG Mori Open House in Istanbul.

The event, running until 5th December, is a chance for those who may have missed the recent EMO show in Milan. Visitors to the event will see live cutting machines in action, including machines previously only seen at the EMO show.

ARMADA Yazilim, who are an official distributor of WORKNC CAM products, are demonstrating the latest software, Version 24, on both 3 and 5-Axis DMG Mori machine tools at the Open House event.

Two parts are being machined live, including a Mercedes car part and a fork-cutting mould; both machined at the show using a DMG Mori DMC850V 3-Axis and DMU75 5-Axis machine.